Liberated Foods, LLC, is a minority and woman-owned small business that specializes

in making allergen free baked goods and mixes to order. 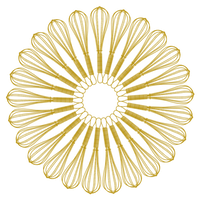 Eating allergen free is a lifestyle we began in the year 2001  as a young family with the birth of our older daughter, who has multiple food allergies including the top 8 – wheat, dairy, soy, eggs, nuts, peanuts, fish and shellfish, as well as corn, rice, yeast and potatoes, among others. Our other three children also have allergies to nuts, eggs and seafood.

Recipes were born of necessity when we discovered that all the usual ingredients for gluten free goodies were also allergens to us. With a desire for inclusion and a taste for sweets, I looked to my Asian roots, experimenting with ingredients atypical to the Western palate to invent our cakes and cookies. I continue to experiment with new ingredients and play with old recipes to expand our offerings. We find our baked goods tempting and tasty and hope you do too!

How did we get started?

I started experimenting with allergen-free foods with the birth of our second child, Elena.  At eight weeks old she was diagnosed with severe food allergies that began with a list of ten, and soon expanded to almost 50 foods.  All of the most common food allergens wheat, dairy, eggs, soy, peanuts, tree nuts, fish and shellfish were on the list, as well as many other very common foods such as chicken, rice, corn, green beans, bananas, and strawberries to name a few.

At the time, Elena was exclusively breast-fed. Knowing that breast milk is the best food that I could give Elena, I gave up eating all of the foods to which she was allergic, so that I could continue to nurse her.  Eating took on a whole new meaning, and the adventure began.

Being a foodie who especially likes sweets, finding baked goods became an obsession.  In the first few years of the new millennium my choices were limited to non-existent.  While finding gluten-free foods was possible, almost all included one or more of the other foods I could not eat.  And the majority of the foods were sub-par in taste and texture. I didn’t just want something sweet; it had to be gratifying and acceptable to rest of my family!

Thus to satisfy my sweet-tooth, I began to experiment. Drawing on my favorite recipes and the advice of vegan and nutritionist friends, I substituted and experimented until my standards were met, and a recipe was deemed acceptable or unnoticeably different to my family and friends.Â  As the market for gluten-free foods grew, so did the requests for my food.Â  So, we decided to share what we enjoy with the rest of the world. 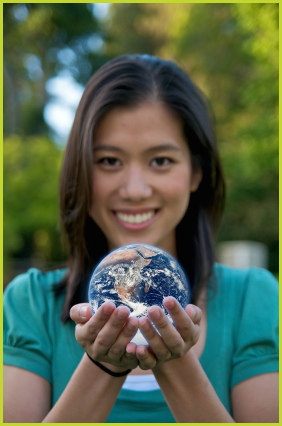 For Liberated Foods our mission is simply to give people the freedom to eat high quality, delicious food, worry free. For us, this freedom is threefold:

What Makes Us Different

The gluten-free diet has traditionally depended on protein and starch from rice, corn, and potatoes. But these formulations can leave diets short of fiber and B vitamins, as well as products that can be powdery, dry, and gritty. This is the current standard for gluten-free baking, and the main difference with Liberated Foods products. Liberated Foods bakery products address these concerns of texture and nutrition by the nature of their ingredients. Our difference lies in the fact that our mixes are texturally pleasing and more nutritious due to our special flour blends, which features whole-grain sorghum or millet rather than rice, mung bean starch rather than corn, sweet potato flour rather than potato starch, and psyllium powder.

Melinda Dennis, the nutrition coordinator at the Beth Israel Deaconess Medical Centers Celiac Center, encourages patients to eat foods made with unconventional but nutritionally well-rounded substitutes, including sorghum and millet. These grains were mentioned in the Harvard Health Newsletter as two of the super six grain alternative to wheat because they have more fiber, protein, and nutrients than the typical starches used in gluten-free baking. Furthermore, when eaten both grains result in a lower glycemic load than wheat and rice, delivering a more even energy release. The main flour we use is sorghum and to a lesser extent, millet. Millet is distinguished as the only grain to have a slightly alkaline pH, and is therefore easier to digest. The remaining ingredients in our flour blend add fiber and nutritional value all while remaining vegan yet adding, not detracting to the overall taste and texture of the products.

Mung bean starch comes from the mung bean or moong dal, a highly nutritious pulse. Although a pure starch, it is known to be one of the best natural resistant starches. Unlike regular starch, resistant starch bypasses the small intestine where digestion would result in conversion to glucose and a resultant sugar rush. Rather, resistant starch passes through undigested and into the large intestine, where it behaves as a beneficial carbohydrate. Consumption of natural resistant starch benefits humans as follows: acting as dietary fiber; decreasing glycemic response, increasing insulin sensitivity, encouraging the growth of beneficial gut bacteria, reducing intestinal pH, contributing to regularity, protecting against color cancer, staving off age-related macular degeneration, among other things. 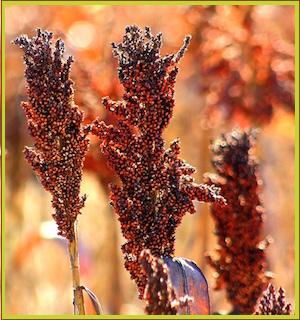 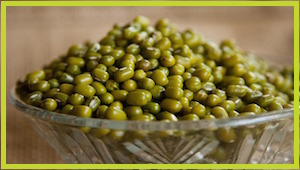 Sweet potatoes are known to be one of the most nutritiously important foods in the world. Sweet potato flour is made from whole peeled sweet potatoes. It is an excellent source of vitamins C, B2, B6, E and biotin (B7). In the minerals department, sweet potatoes provide good amounts of manganese, folate (folic acid), copper and iron.  It also has pantothenic acid and is rich in dietary fiber. These facts contribute to sweet potato consumption’s many benefits: acts as an antioxidant, helps regulate blood glucose, maintains electrolyte balance, strengthens the immune system, prevents cramp, and decreases inflammation, among others. Though called a potato, sweet potato is actually in a different scientific family than regular potatoes, one that is less allergenic and much more nutritious.

Psyllium is the seed of the plant Plantago ovata, whose benefits derive chiefly from its high fiber content. Because psyllium is not digestible, it can be devoured by bacteria in the colon causing production of by-products which help to keep the colon healthy and may reduce the risk of colon cancer. Often called the colon’s best friend, psyllium is effective at relieving constipation, yet just as effective at relieving diarrhea. According to the National Institutes of Health, other benefits include moderate reductions of LDL cholesterol and blood sugar levels, and promoting satiety, which helps to combat obesity.The nutritional value of psyllium husk consists mainly of glycosides, proteins, polysaccharides, vitamin B1, and choline. The seed itself is made up of 40% Linoleic Acid (LA), an important fatty acid essential to health. And unlike flaxseed, psyllium does not easily go rancid. Liberated Foods uses both husk and seed in its mixes.